Debate: Do Mobile Phones Pose a Health Risk to Users? 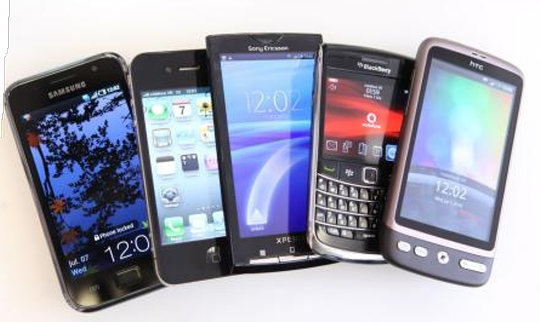 Mobile telephones, also known as cellular/cell phones, have revolutionized global telecommunications by making it easier to communicate while moving, contrary to landline telephones which are fixed. With additional functions such as Short Message Service (SMS) for sending text messages and Multimedia Messaging Service (MMS) for sending pictures and videos, mobile phones have become necessary both in the corporate world and among ordinary users. However, there are conflicting reports about possible health risks for those who use them to talk for many hours.

Various studies conducted in the past have indicated that there is a health risk among heavy mobile phone users because they are exposed to radiofrequency (RF) emissions or radiation. But other reports indicate otherwise. For instance, a major study sponsored by the UK government in 1999 published a report titled the ‘Stewart Report’ in May 2000, which had no evidence that mobile phones caused any health risk. Instead, users were cautioned to limit their usage to short calls. It was recommended that children should be kept away from using them, unless during emergencies. Children have less developed skulls which might be penetrated by radio waves compared to adults, who have more developed ones. These results were reiterated by Sir Stewart, the research leader, in a follow-up report in 2005.

Nevertheless, Sir Stewart’s clean bill of health is not shared by the results of other studies which warn that those who have used mobile phones consistently for 10 years run the risk of developing brain tumor, various cancers, stroke, headaches and memory loss. Interestingly, the results of these studies also depend upon the sponsors/funders, the group studied and location. Certain laboratory tests on mice exposed to RF waves have revealed disease links, but it is not known whether human beings would be similarly affected.

According to a November 25, 2003 report by CBC News titled ‘Can cellphone use lead to cancer?’ in a six-year research sponsored by the American cell phone industry amounting to $28 million, scientist George Carlo concluded that there were no adverse side effects in using mobile phones. In 1997, Dr. Carlo headed the Washington-based Wireless Technology Research group, which carried out the study. His findings were dismissed by other scientists as skewed in favor of the industry.

Ironically, his research on rats found that mobile phones could cause genetic damage, leading to tumors which may develop into cancer. In addition, the findings of a smaller study on humans conducted during the six-year research period indicated increased tendency of tumors among users. Dr. Carlo then recommended that the industry caution users about possible health risks, but they were not amused. He said: “When they found that we had findings of genetic damage and increasing risk of cancer they cut off our money completely.”

Dr. Carlo’s recommendations were put aside and the industry began lobbying for studies by respectable world health bodies within the United Nations, to allay the cellphone fears. Meanwhile, the American cellphone industry made booming business by selling add-ons like hands-free gadgets to enable users keep the handsets away from their heads. It is claimed that the further away one’s head is from the handset, the lesser the exposure. Years later, Dr. Carlo has turned out to be a critic of the industry; he writes and speaks openly about his findings.

RF safety guidelines
The World Health Organization (WHO) fact sheet updated in 2000, on the adverse effects of exposure to RF by mobile phone users, identified certain areas of research to improve risk assessment. This was informed by the results from its own findings in November (1999); and those of the Royal Society of Canada (1999) and the Stewart Report (IEGMP, 2000). The following were related to health factors:

* Cancer: Current scientific evidence indicates that exposure to RF fields, such as those emitted by mobile phones and their base stations, is unlikely to induce or promote cancers. Several studies of animals exposed to RF fields similar to those emitted by mobile phones found no evidence that RF causes or promotes brain cancer. While one 1997 study found that RF fields increased the rate at which genetically engineered mice developed lymphoma, the health implications of this result is unclear. Several studies are underway to confirm this finding and determine any relevance of these results to cancer in human beings. Three recent epidemiological studies found no convincing evidence of increase in risk of cancer or any other disease with use of mobile phones.

* Other health risks: Scientists have reported other effects of using mobile phones including changes in brain activity, reaction times, and sleep patterns. These effects are small and have no apparent health significance. More studies are in progress to try to confirm these findings.

* Driving: Research has clearly shown an increased risk of traffic accidents when mobile phones (either handheld or with a “hands-free” kit) are used while driving.

RF safety guidelines are also recommended at country levels, depending on research findings and improved levels of radiation on newer models of mobile phones. For instance, Canada has the following recommendations:

* When you see only one or two bars on your phone’s display, it means the signal is weak and your phone is trying harder to connect with the tower. That’s when radiation is highest. Wait until all the bars are there for less radiation.

* Radiation is also higher when you first place a call, as your phone seeks a connection. If you wait until the call has connected, your exposure will be lower.

New findings, more confusion, more fear
On October 24, 2006 the Guardian newspaper (UK) reported that chatting too long on the mobile phone may reduce male sperm count. This was based on the results of a study on 361 men who attended a fertility clinic in the US. Those that spent over four hours a day on the phones had a steady decline of sperm quality and ability to swim. Probably the radiation from cellphones damage human DNA and interfere with cells producing testosterone. However, another scientist outside this group disputed the findings because the handset is normally on the ear, which is far from the groin. If users held them closer to the groin in cases where they had sedentary jobs, or while traveling, then heat could impact sperm quality. The study was not conclusive and called for further research, but urged men to remain cautious.

The results of another study reported on October 7, 2007 by The Independent newspaper (UK), asserted that talking on a mobile for one hour each working day increased the risk of getting a malignant tumor on the side of the brain mostly used. The study, carried out by two Swedish Professors, analyzed the results of 11 studies that had investigated the prevalence of tumors among people who have used mobile phones for more that 10 years. The results showed that all had increased risk. Similar risks were found in the long-term use of cordless phones. Users were cautioned to limit their talking period and use landlines for long calls. Various cancers develop within a minimum of 10 years, although some may develop later, raising fears of a global epidemic, especially among current young users. It may take many years to know if this group will be affected because of their prolonged usage.

Despite these results, the British Health Protection Agency and the Mobile Operators Association cautioned that they were not conclusive and posed no health risks according to phones that comply with international guidelines. Radiation from mobile phones, their masts and Wi-Fi installations was indicative of a risk, but not harmful.

Other studies using various cohorts and methods concluded that there were no increased risks of brain tumor or cancer among users. See for instance: the BBC (November 6, 1999); Powerwatch (December 7, 2006); the BBC (January 20, 2006); The Independent (September 13, 2007); Newsweek (December 17, 2007) and The Guardian (February 6, 2008). The Mobile Operators Association website has a collection of reports on mobile phone research since 1996. (http://www.mobilemastinfo.com/independent-health-reports/

A study conducted in Israel and reported by the BBC on February 18, 2008 concluded that heavy cell phone users were likely to develop a salivary gland tumor on the side of the head exposed to handsets. A control group of 500 Israelis was compared to 1,300 healthy ones. Another key finding indicated that rural users were exposed to higher risk, compared to urban users because of the weak transmission signals due to the distances to base stations. Therefore, strong signals were required to work effectively, which increased radiation. (http://news.bbc.co.uk/2/hi/7250372.stm)

Conclusion
Regardless of all the contradicting study outcomes which indicate no increased risks in using mobile phones, it is important for manufacturers and users to abide by the safety guidelines by WHO and other relevant authorities. “The electromagnetic fields produced by mobile phones are classified by the International Agency for Research on Cancer as possibly carcinogenic to humans.” (http://www.who.int/mediacentre/factsheets/fs193/en/) Further, results of the Interphone study which had the largest number of participants to control cellphone use and brain tumors, were published in 2010: http://www.iarc.fr/en/media-centre/pr/2010/pdfs/pr200_E.pdf

Mobile phone users in developing countries need to be informed of their potential risks because signals there are relatively weak even in urban areas, since base stations are not as many, compared to those in developed countries.

In Africa for instance, there are no known studies assessing the risks of prolonged exposure to mobile phones, yet it is a lucrative market for key players from the Western world and Asia. If it turns out that mobile phones are really dangerous, then a global public health catastrophe could occur. Therefore, more research is required.