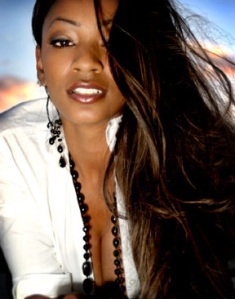 Just sent in: Competitor in Manyake business in Stockholm

Sometimes, strange things happen in Kenya-Stockholm to say the least. There is a Kenyan woman who is in serious crisis but instead of the community pulling up resources to assist her, people are engaged in negative talk that has become more destructive than helpful.

The issue is very precarious and deserves a very careful and tactical approach otherwise the woman’s life will simply sink deeper into the abyss. When she arrived in Sweden in the 90s, she was young, smooth and energetic. Just like every Mwananchi who arrives here, she did manage to work out her papers in her own cleaver way and appeared to have been headed for the top. Then she made one terrible mistake. She allegedly started selling Manyake in plenty.

At that time, she was unattached and through pure charm and elegance, she was extremely marketable as a small bundle of a chick. During her many excursions at customer joints, she bumped into a “Mr. money bag” and the two soon got together in what was believed to have been a mission to do it together happily ever after. The positive side of the union is that she cooled down her twilight appointments because money was in a de house and the life style she was living was considerably high by Kenyan standards in Stocky.

Up to now, few Kenyans know what happened because out of the blue, she began behaving like a person who had split up. At first, she tried to cover up the split but with time, chapaa became scarce, she moved to them sides where Wakenya reside and stopped “shining” to Wananchi whom, unfortunately, had been reduced to odiangabuks.

By then she had one kid whose Daddy was apparently the Chairman of “Unidentified Fatherly Objects” (UFO) roaming in town. Once Mr. money bag transformed himself into her “X”, close friends she had been hanging out with began to desert her as they also started spilling her secrets strategically into the ocean of Kenya-Stockholm. It is at this point when the very friends who enticed her into the Manyake business are the same people who began to let the cat out of the bag. The problem is that they thought she was moving “too fast” and to slow her down, they needed to throw some stuff into the rumour mill.

According to some of the harvests gathered by a KISS agent, she used to talk big – about her week-ends in London, shopping in Paris and that kinda talk. She was the typical boisterous and exhibitionistic Kenyan who will go out and broadcast a holiday in Italy, a meeting with Raila’s son in Kenya during a “go back home” moment or even open a radio station to broadcast that “new-second hand car” he bought when business was thriving.

The advantage with the split up is that the lady came down to the real world while harsh conditions forced her to look for a job. There is a Kenyan who specializes in fixing Wazee jobs and this good citizen wired her up at some home where she began to earn a living. Unfortunately, working with wazee was not her “bottle of whisky”, partly because she was already spoilt with easy money. She became lazy and depressed. One day, a lady mzee called her “nigger” and that was the end of the story.

HOMELESSNESS
She was in the middle of helping her to get off the bed when the word “nigger” slipped out. She had not been prepared for this kinda situation by her workmates who never alerted her that the woman (who was apparently born in Nazi Germany) could, at times, exhibit semi-racist tendencies that needed to be neglected.

She rarely handled her but on this particular day, there was shortage of staff after influenza attacked jungus forcing two staff members to take sick leave. What happened next after the abrupt “nigger debacle” is that she left the ka lady mzee to go on a free fall on the hard floor as she rushed to the boss to announce that she was quitting work because she cannot stand racism from a customer at the work place.

In the meantime, the responsible staff members called an ambulance as they entered into shock about what our lady had done. The lady mzee had already gone into coma as our lady girl gave a lecture about racism and discrimination in Sweden. On average, she is admirably tough and routinely lectures men who crosses her path.

Our lady girl had been waiting for an opportunity that could see her through to another job – something to fire her up so that she could quit. Back in her mind, she had the illusion that she could go back to her original business which was easy and more profitable.

When she tried a come-back to manyake business, she began to experience difficulties because the market situation had changed, having been transformed by younger legs from different regions. It was like she was a Nokia 3310 when latest Erickssons had hit the market in a big way.

In short, her marketability had withered with time, besides, she had kids to take care of. The difficult circumstances forced her to get on welfare and this is when her life began to go down even further.

While her life was undergoing a terrific transformation, Kenya-Stockholmers were busy at different sitting rooms, analyzing her situation and predicting her future instead of helping her. To cut a short story shorter, the woman now needs help.

She lost her house and became homeless. The problem now is that she has kids and she is putting up with a good Samaritan who has squeezed her with the kids in a tiny room where life is impossible. She does not just need someone to rush to her with advice. According to contacts, she needs someone who can convince her that she has a serious problem which she needs to accept so that she can be helped.

The person who needs to talk to her should be good in handling such matters otherwise the whole move will back fire. According to sources, she is in a poor mental state and with the kids, something needs to be done. Those who have contacted KSB to appeal for help believe that she could be on the verge of doing something bad to herself if things do not change soon.

She needs to be consoled that life here can be tough and that she can still pick up because she is reportedly on the verge of despair. Contacts have said that for the help to be effective, her identity needs to remain confidential and not even KSB was given her identity. If you can help, KSB could put you through to a whistle blower who can begin the connection.