Why Uhuru Kenyatta May not Succeed in Fighting Corruption 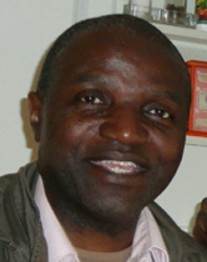 Jared Odero:
Uhuru has no record of having paid taxes.

Having inherited massive wealth created illegally by his parents (Jomo Kenyatta and Mama Ngina), President Uhuru Kenyatta is possibly lacking the political will to fight corruption. There is no way the Kenyattas could have legally acquired the noted 500,000 acres of land which they own. If Jomo was a beneficiary of the British loan scheme for resettling Kenyans, then the family should produce documents to verify the acquisitions. In his memoir “Walking in Kenyatta’s Struggles” Duncan Ndegwa, who was the first African Governor of Central Bank of Kenya, wrote that one day Kenyatta rewarded himself with a huge colonial farmhouse, after a day’s ‘work’ of parceling land to a group of former freedom fighters (Mau Mau).

Mama Ngina and Uhuru’s elder step-sister Margaret Kenyatta, were implicated in ivory smuggling in the 1970s as documented by author Charles Hornsby in his book: “Kenya: A History Since Independence (1963-2011)”. Here’s an excerpt: “One problem was that the Kenyatta family itself was implicated in both poaching and ivory exports. Margaret Kenyatta, Kenyatta’s daughter, was chairman of the United African Company, one of at least 10 companies exporting ivory despite the ban. Ivory could earn Ksh300 (US$36) per kilogram, making one elephant worth thousands of dollars. Other valuable items included zebra pelts (5,000 of these animals were shot illegally within 320 miles of Nairobi in six months during 1975) and colobus monkey skins. In 1975, two men were found in possession of 26,000 colobus monkey skins (more than the total remaining population today).”

Jon Tinker also wrote in the New Scientist magazine on May 22 1975, about their involvement in ivory poaching: “The identity of these ivory queens is a matter of common gossip in Nairobi, and the most prominent of them are said to be Mama Ngina and Margaret Kenyatta, respectively wife and daughter to the President. In Kenya today, you can be sent to prison for what is called rumour-mongering, so in this article I shall confine myself to provable fact. And there is now documentary proof that at least one member of Kenya’s Royal family has recently shipped over six tons of ivory to Red China. Moreover, in spite of repeated denials from the Kenyan wildlife ministry that they have issued any licences to deal in or export raw ivory, this trading is being carried out with the active connivance of the highest officials in the game department.”

Uhuru’s past record in Government
Uhuru held various ministerial dockets under the leadership of former presidents Moi and Kibaki. However, there is no clear indication that he fought corruption, especially as Finance Minister from January 2009 to January 2012, when he resigned after the International Criminal Court (ICC) confirmed its case against him, for being involved in the post election violence (PEV) which occurred in 2007-08. His contribution to the then new Transport Policy which aimed to eradicate the mismanagement, high maintenance cost and inefficienct use of vehicles in the public sector, was the controversial purchase of 120 Volkswagen Passat cars from CMC Holdings Ltd without a competitive bid, to be used by ministers and senior government officers.
Now that Uhuru is president, how come his Cabinet Secretaries took advantage of the gap before the new fiscal year in June 2013, to purchase fuel-guzzlers that he had barred during his term at the Treasury? How then, is his Government cutting public expenditure while his own officers squander public money?

Uhuru Kenyatta encountered a “computer error” during the 2009/10 Fiscal Year, which may have cost the taxpayer KES 9.67 billion. Despite being cleared of any wrongdoing, over KES 700 billion could not be accounted for on his watch as Finance Minister.

Uhuru has no record of having paid taxes as former MP for Gatundu South, Minister and Deputy Prime Minister, at least from a court petition filed in 2013 to block him from contesting the presidency for the same reason. Therefore, he is not in a position to question the integrity of public office holders. This holds too for his deputy William Ruto, who was ordered by a court last year to pay KES 5 million as compensation to Mr. Adrian Muteshi for having grabbed his 100-acre piece of land during the PEV.

Under Uhuru’s presidency, sections of the 2013 report by the Truth, Justice and Reconciliation Commission which questioned the illegal acquisition of vast tracts of land by his family and relatives, were deleted. Moreover, the report has not been implemented.

We don’t know how much the ICC cases of Uhuru and Ruto are costing Kenya’s ruthlessly exploited taxpayers since 2013. Lobbying AU Member States to push for the termination of the cases, Ruto’s claimed ‘Hustler’s Jet’ trip of around KES 25 million and trips to The Hague, are not cheap ventures.

The standard gauge railway (SGR) project commissioned by Uhuru in November 2013 is a brewing scandal which could cost Kenyans a loss of KES 400 billion because of irregularities in the tendering process. Its initial estimated cost of KES 220 billion was inflated to KES 334.8 billion and is currently at KES 1.3 trillion. Some experts have argued that it would cost the country less money to upgrade the existing railway line, and still achieve what Uhuru’s government wants with the scandalous project.

In 2002, Dr. John Mutonyi conceptualized corruption in Kenya and gave glowing recommendations for fighting it in his journal article titled “’Fighting corruption: Is Kenya on the right track?” Interestingly, he was one of retired President Kibaki’s anti-corruption commissioners at the former Kenya Anti-Corruption Commission, but he was colorless in enforcing the recommendations he wrote. His scientific paper was only good at portraying how former President Moi had failed in the anti-corruption war. When his homeboy Kibaki campaigned in 2002, he pledged to eradicate corruption. However, by the time he was ending his presidency in 2013, the act was so deeply-rooted in the country it will require a decisive leader to control it.

Given Uhuru Kenyatta’s history in Government, there is little hope that he will effectively fight corruption.