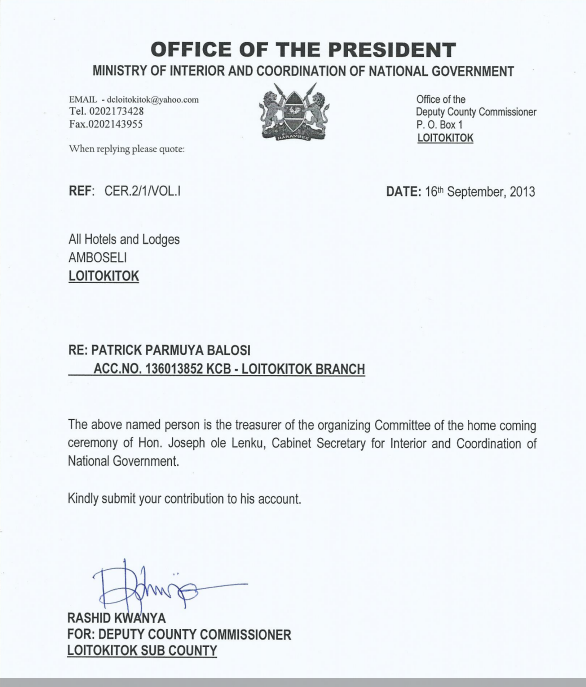 Note that Office of President is directing that money be deposited in a private Bank account and using a letter head from His excellency’s Office. Only in Kenya, a failed State.