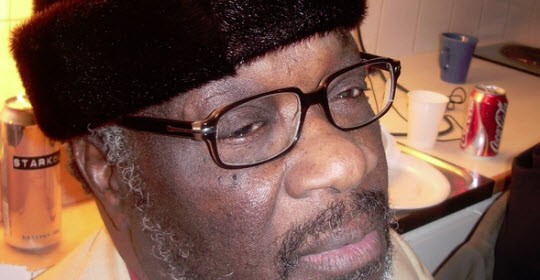 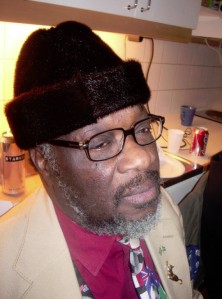 A Mini-Harambee that was called at the residence of Nancy Osumba in Farsta raised a total of SEK 8.817 towards body transportation cost of the late Michael Osumba who passed away on Saturday 27th July 2013. Together with the SEK 26.775 that was raised a week earlier, the total amount so far raised in SEK 35.592.

According to information from the Agency entrusted with the responsibility of transporting Osumba’s body to Kenya, the final cost of the operation after Osumba’s body weight was determined is SEK 40.000. At the time of going to blog, the amount that still needs to be raised to transport the body is SEK 4.408. Added to 25-30k for tickets for Osumba’s three children and Nancy, the total amount that needs to be raised is about 35k. Given the performance of the last two Harambees, the Committee is optimistic that the balance for body transportation cost will easily be reached with a third Harambee and that the bigger task will be to hit the target for the tickets.

Speaking to KSB, Jared Odero, Osumba Funeral Committee Chairman, thanked everybody who has so far contributed generously at the two Harambees. Jared said that the Osumba family has been touched with the solidarity which has so far been demonstrated by friends, well-wishers and sympathizers alike following the demise of Michael Osumba.

Specifically, and in connection with the Saturday Harambee, Jared thanked brother Flavian Ngugi, Mohammed Njuguna, Dr. Alex Odora, James Owuya and Moses Waliggo (the latter three from Uganda), Mrs Gikande and family, Ibrahim Mohammed, Lillian Opiyo, Linda Akinyi, Joshua Oyugi, Ruth Solomon, Mwale, Serah Nielsen, Anges Munyagah and all others who have not been named and who all contributed generously to the cause.

On behalf of the Committee, Jared would also like to thank Prisca Försman for the delicious food which included tilapia and chicken. “It was an open full house with guests dropping in and out the whole night”, Jared told KSB. The Harambee continued well into Sunday morning and by evening, new guests continued to arrive to show solidarity with the family. These included Godfrey Etyang and Sam Onek, all from Uganda.

During the Harambee, there were occasional breaks when mourners took turns to address the gathering while progressive debates about bereavements, body transportation back to Africa for burial together with what could be done to address the problem of fund raising in future all took place.

The concept of Club 1000 was praised as a good option while the alternative of Africans teaming up to take group insurance to carter for body transportation cost was also explored. On Sunday evening, the mourners decided that once the Osumba matter is done with, an informal Network of East Africans would be set up as a way of increasing interactions between East Africans in Stockholm on a wide range of issues including bereavements and solidarity during moments of tragedy. Ugandans were well represented during the whole harambee session and their presence is what ignited discussions on the need for broader coordination.

Since cash that had been raised still falls short of the target, the Committee decided that a “Last Push” harambee will be held on Saturday, 28th September 2013 Africa House in Hagsätra from 17.00 hrs. The Committee noted that of late, there have been several Harambees especially in Kenya-Stockholm which has tended to exhaust the Kenyan and other communities who have been making generous contributions.

Prior to the Osumba Harambee, Kenyans congregated to show solidarity with Teresa Mawa following the demise of her mother in Kenya. The gathering raised SEK 36.000 and Teresa left for Kenya on 2nd September. Prior to the Teresa bereavement, Jared Adiwa passed away in Stockholm and SEK 26.000 was realized during two Harambees that were called to help transport Jared’s body to Kenya for burial. The Jared Harambee came hot on the heels of the Millie Harambee where SEK 65.000 was raised for Millie’s body to be transported to Kenya for burial.

The Osumba Harambee therefore came at a difficult time when the Kenyan community has consistently been hit by tragedies that required urgent fund drives. Under the circumstances, the SEK 36k that has so far been raised in the case of Osumba is remarkable and all contributors deserve big thumb-ups! The Osumba Committee is working tirelessly to ensure that the body of the late brother is transported to Kenya for burial.

The Committee is in touch with the Osumba family in Kenya and they are all waiting for the day that Osumba’s body will arrive in Kenya so that the late Kenyan can be laid to rest in eternal peace in his ancestral homeland in Asembo, Siaya county. The Osumba Committee has appealed to everybody who is touched by the Osumba death and the current struggle to transport his body to Kenya to attend the “Final Push” Harambee and help achieve the stated objective.