Politicians Have Let Kenyans Down – Muirani 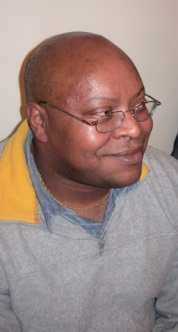 Following the disputed elections in December last year, Kenya entered into the verge of a civil war and we thank God that this never happened    although more than 1500 Kenyans lost their lives and more than 300,000 others became displaced as Internal refugees. This is besides the huge destruction of property worth billions of Kenyan shillings.

Today, there is a sigh of relief that Kenyans are continuing well with their daily lives despite the fact that prices of commodities have sky rocketed and famine is looming across the country.

When Dr. Kofi Annan and other Eminent African leaders helped broker a Peace accord between President Kibaki and Prime Minister designate, Hon. Raila Odinga, all Kenyans of good will celebrated and we were all relieved that our country was spared from sliding into civil war or genocide.

After the deal, Parliament was recalled and the new Bill detailing the Peace accord was passed into law and entrenched into our Constitution very fast. Thereafter came the issue of naming the much awaited Cabinet. Once again PNU and ODM could not agree on the portfolio balance and shamelessly, Dr. Koffi Anan had to talk to both Principals in order to get them to agree on the issue of Cabinet set up.

According to reports which were filtering through the Media and other information outlets, PNU was rooting for a Cabinet of 44 while ODM was for 34. Religious leaders and civil society organizations wanted a lean Cabinet in order not to overburden the Kenyan Tax payer. This is because Kenya is one of the countries in the world where Parliamentarians are amongst the highest paid.

After weeks of jostling over the naming of the Cabinet (with some leaders even calling for a re-run of Presidential elections if President Kibaki and Raila were not agreeing) both Kibaki and Raila pulled a first and agreed on a cabinet of 40 which will be named on Sunday-6th April.

Now if we are going to have a Cabinet with 40 Ministers and the same, if not, more  number of Assistant ministers, it means that Kenya will have almost half of Parliamentarians in the Cabinet. This is a big burden to the Kenyan Tax payer because of the big expense in sustaining such a Cabinet.

Kenyans voted for change in last December elections, but now its emerging very clearly that our politicians do not have the well being of our country and its people at heart. Rather, their main interest is for their own well being and social status together with their cronies.

For the past one month, none of our leaders have been talking about the displaced Kenyans. They have been busy lobbying for Cabinet posts because that’s what they care most about. Kenyans should learn a very big lesson from the current leaders we are having because when they were campaigning and soliciting for votes last year, our sky was full of choppers but today those choppers cannot fly anymore to go and preach peace and reconciliation, address our own internal refugees and even give them hope of how they will be re-settled and compensated.

What has emerged now in Kenya is an elite political class which is hell bent on staying in power with their cronies and once they are done, they expect their children to take over. So common Mwananchi has no place in our political frame work and that’s why we, the ordinary Kenyans, should re-examine ourselves and form a Political party with one common interest
called Kenya.

Unless we start ideological politics, tribal chiefs will always have a free field in Kenyan politics and they will continue playing tribal cards after every five years and we will continue killing each other in their names. Once the “animal” is down, they will continue getting the lion’s share.