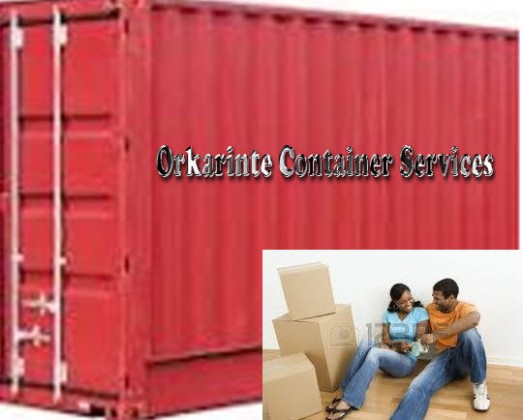 Orkarinte, a Stockholm based Moving company of Mr. Clay Onyango, a Kenyan, has set up a shipping service of goods to Kenya. According to the company, a carton of goods costs between 1000kr-1500kr (depending on number of boxes) to ship to Kenya and arrives approximately three weeks after departure from Stockholm.

Speaking to KSB, Clay said that the first consignment of goods will leave Stockholm for Kenya on May 29th 2014 and advised that prospective customers ought to send in their consignments before May 29th in readiness for the first shipment. At the moment, a “Box of goods” is an average moving box (by Swedish standards) and Clay said that no extra charges will be imposed on customers unless they are sending huge goods such as a washing machine or a huge TV set.

A key requirement when sending in a package is that all packages must have a packing list which will be inspected and confirmed before the container is eventually locked. Further information can be obtained through: 076 216 91 32, 070 491 0273, 073 585 36 46 AMOS or by sending mail to info@orkarinte.se.

The service is likely to benefit many Kenyans who have been willing to send goods to Kenya but whose ability to do so has been inhibited by economic and logistical constraints. Under normal circumstances, it is almost impossible for many Kenyans (and other travelers alike) to send heavy packages to Kenya by air when they are travelling because of baggage weight limitations imposed by all airlines.

The standard method of sending any heavy stuff to Kenya is usually through hiring a container, an operation which can be damn expensive at the individual level. In fact, it can be very unreasonable to hire a container (which could cost over 20.000kr depending on container size) just to send a carton to Kenya. This is where Clay’s business idea comes in.

The strategy of Orkarinte Container Services is to charge a small fee at the individual level as the basis of building a customer base that can not only sustain the business but also ensure a profit margin. The overriding factor in the situation is that a customer base of as little as 20 paying 1500kr is enough to sustain the business at the “break-even level”. Given the known ambition of many Kenyans to transport gadgets of different descriptions to Kenya and the inherent difficulties associated with transportation of heavy goods, Clay’s business idea may not be off the mark.

Orkarinte Container Services is likely to fill a major vacuum in the industry of goods transportation and encourage many Kenyans in Sweden to send a new set of heavy-weight goods to Kenya which might otherwise be impossible to ship. So far, the service has been welcomed by Kenya-Stockholmers especially on Facebook where the business initiative is seen as progressive, if not, an idea whose time has come.