What about China in Africa? – A Debate Revisited 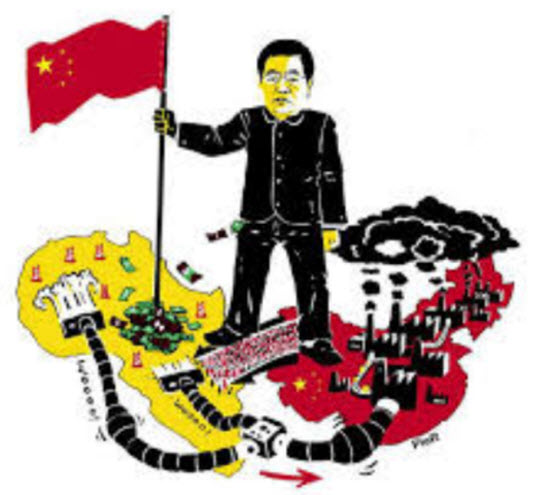 On March 12, 2009, I attended a presentation by Dr. Henning Melber at the Institute for Security & Development Policy (ISDP) in Stockholm. Dr. Melber is Senior Advisor and Director Emeritus of the Dag Hammarskjöld Foundation in Uppsala, Sweden. He revisited the Sino-African relations debate by looking at the implications of the global financial crisis and how it could affect Africa. “What’s in it for the African people and not just their governments?” asked Dr. Melber. He felt that securing a common platform on such issues was very important.

Dr. Melber, who considers himself “a free speaker”, expressed his thoughts openly and even lodged a scathing attack on the West which for many years, has seen Africa as its own backyard. He gave an overview of the Sino-African relations, stressing that historically, the Chinese have been for the emancipation of Africans: supporting the losers in various political struggles, and not the winners. Western Europeans on the other hand, have a record of suppression, slavery, and scrambling for Africa’s resources, which they continue to exploit heavily. To emphasize the level of exploitation, Dr. Melber referred the audience to Walter Rodney’s book titled: ‘How Europe Underdeveloped Africa’.

The speaker felt that suspicions, aversions and other negative responses had initially dominated the discourse on Sino-African relations for a period, but currently, there is more calm. The fear of the unknown is common at the beginning of bilateral cooperation, but since China changed its policy and became familiar with issues pertaining to the collaboration, it has become significantly good. China slightly improved its policy after being criticized for supporting the Sudanese government during the war in Darfur.

Key issues
The Chinese have had an indirect presence in Africa through building sports arenas and the well-known Tazara Railway, which they built to connect Tanzania and Zambia for the copper trade. This is a great infrastructural landmark. The Chinese approach is through friendship, politeness and respect. During the past few years, their top leaders have traveled to Africa to acknowledge their friendship; something that very few Western leaders have done, despite having dominated bilateral issues for years with the Africans.

Chinese leaders do not wag their fingers at African leaders and do implement the policy of non-interference. China is therefore becoming a preferable partner in bilateral relations. There was an increase in capital investments from the West to China in the 1990s. In Africa, this increase was notable through Chinese companies contracted by companies in the West. By 2009, there were around 800 Chinese private companies in 49 African countries. They had minimum rules and regulations which should not violate the Chinese government rules and were given government security just like those from the Western countries.

Double-standards are quite visible in the way Westerners regard Sino-African relations. They criticize them yet do the same. The West was not very strict when the 1989 Tiananmen Square massacre took place and continued trading with China as usual. Sweden also follows a “value-oriented” policy which is a Nordic model, yet is unethical in some instances, like the suspected bribes during the sale of Swedish jets to South Africa over a decade ago. Economic interest seems to be heavier than other values and they still trade with rogue governments.

Former President Mobutu of then-Zaire (now the Democratic Republic of Congo), committed atrocities yet the Belgians, French and the USA traded with him for many years, at the expense of the Congolese people. Nothing has been said openly by the West about the conduct of King Mswati III of Swaziland. Further, Somalia and Somaliland got onto the world map when Somali pirates began hijacking ships with expensive cargo owned by the West, being transported across the Indian Ocean. There lacks a coherent perspective on human rights and the West should be criticized as much as China. “Who is the West to lecture China on moral conduct yet they do the same?” wondered Dr. Melber.

Rapid industrialization in China
In 1997, China’s trade turnover in Africa was between 5 to 55.5 billion US dollars, making it the third biggest trade partner after USA and Britain. In 2005, the turnover was USD 105 billion, a volume that was expected in 2010. Moreover, India and China controlled the highest dollar reserves outside USA, amounting to three trillion US dollars. A high dollar value is good for their exports. Africa’s economy means a lot for China to boost its rising demand for oil, gas and other minerals.

During their recent entry on the continent, the Chinese invested immensely in Southern Africa, thus reviving the Zambian copper mining industry and Namibia’s diamond industry, which used to have a lucrative market in China. However, since the beginning of the current financial crisis, the mining industry has plummeted and many mines have closed in Zambia and Namibia. Half of Namibia’s economy is fuelled by diamonds. In the diamond-rich country of Botswana, things are just as bad because the global demand for diamonds has reduced drastically due to the deteriorating economy. Diamond owners might instead sell them for cash, which would affect the country badly, since 80-90% of its economy depends on it. Growth rates in Africa projected at 7-10% per annum are likely to be halved.

During the March 2009 “Changes Conference” in Dar-es-Salaam, organized jointly by the government of Tanzania and the International Monetary Fund, former UN Secretary General Kofi Annan said this about the financial crisis: “We could be facing the economic equivalent of a tsunami.” In Angola, profits generated from vast oil and gas resources are not ploughed back to elevate the majority of citizens from poverty. Poverty has been reduced in China, while it is on the rise in Africa. Therefore, Sino-African relations might not have a “trickle down effect” on many Africans after all.

Dr. Melber recalled that during the 2007 World Social Forum (WSF) in Nairobi, a Chinese civil society delegation attempted to ‘lecture’ Africans on human rights and met the wrath of some seasoned Africans, who were quite aware of the Chinese penetration into petty trade in Africa. They were informed of how they had entered into competition with hawkers by flooding many African markets with their cheap goods. They were told that their trade methods were worse than the Europeans’ because they even brought cheap labor from China, and did not employ local laborers.

The Chinese have a monolithic policy which is not modeled to deal with outside matters. On the other hand, the Westerners have a policy of enhancing democracy. For instance, there are common interactions among social movements in America, Europe and Africa, while the Chinese do not interact with the local people when they come to Africa. The unknown is always threatening and this is why the degree of racism towards the Chinese in some parts of Africa is extreme. Dr. Melber referred to the textile industry in Togo which is almost collapsing, since the Chinese entered to compete by selling their cheap clothes. The Togolese refer to them as: “The Chinese Devils”. The Chinese have forged friendly relations with many African countries, but not the ordinary Africans. Although many aspects of life in China are still strictly regulated, more Chinese are now able to travel abroad as tourists, and might gradually understand other cultures.

Commitments
China has big plans for Africa and in the recent past has been offering massive soft loans and grants. Is this sustainable amidst the current financial crisis? Will these loans harm Africa? There is an upward spiral in mineral and oil-rich countries like Angola because of China’s demands, yet there is an imbalance of trade which involves the exploitation of natural resources like oil and gas at 62% and other minerals at 13%. However, African governments must also share the profits widely by improving the infrastructure and the people’s wellbeing.

China is among the top three exporters of arms to Africa and in 2008 was forced, after worldwide pressure, to recall its “Ship of Shame” – a term coined for the ship that had exported massive weapons to Zimbabwe after the botched presidential elections.

Remarkable policy change has been noted from China in the case of Darfur. However, more is required. Economic development needs to go hand in hand with democracy, accountability and human rights. Democracy and participation in societal values are required in Africa for prosperity.

The European-Chinese-African discourse seeks to reconcile issues and shape policy even at the European Union level. Is the Chinese presence in Africa an alternative? So far, China offers more options for Africa but might still bring “more of the same interest” like the West.