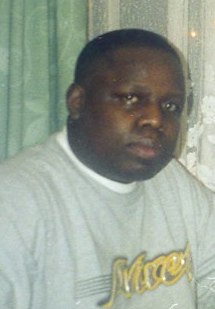 Curtain falls on a gifted Kisumu actor. The Late Oscar Omondi Awino dies in Cheltenham, England due to liver failure. He was found dead in his house in Cheltenham on the 8th January 2013. The late Oscar featured prominently in various major productions of the Ramogi Writers & Drama Society. He was talented and endowed with various artistic prowess in drama, poetry and creative dance. He showcased his talents far and wide in Kenya and England

He joined the Ramogi Writers & Drama Society in 1982, while still a form one student at the Kisumu Day High School. The productions he featured in are still memorable. His debut production was “The Heat of The Moment” by Magaga Alot as “Albert”. Other productions were “Simbi Nyaima” (Both in English/Dholuo versions that was also preferred at the Goethe Institute, Nairobi in 1982 & 1983). The Betrayal in The City by the late Prof Francis Imbuga, “ Cooking Pan” Majangwa” by Robert Serumaga as Majagwa,” Muntu” as Either/Neitherman by Joe De Graft.

In 1989, he acted and directed a political satire based on Apartheid titled “Woza Albert” By Mbongeni Ngema, which was ultimately performed at the University of Nairobi Arts festival that was coordinated by Prof. Opiyo Mumma( now deceased). The play received critical acclaim at the festival. He was also a gifted poet, a good creative dancer and choreographer. Due to his versatility in the field of performing arts, the theatre fraternity at the Kisumu Social Centre which was the base of the Ramogi Writers Drama Society renamed him “Osi Jaber” (Oscar the beautiful one)

He won many poetry recital awards organized during the annual Ramogi Cultural Festivals. He played a critical role in the Bristol- Kisumu Exchange Drama production titled “The Freedom City” by Arts Opportunity Theatre (Bristol, England) and the Ramogi Writers & Drama Society Kisumu which was planned to tour Kenya major towns. It was during this time that a leading Kisumu actor drowned in a Kisumu hotel swimming pool (The deceased was Kaput Kwach Kanyawara). This was in 1987. Other key characters that featured prominently in various drama productions mostly are now deceased. Victor Ogolla Nyangore, Boaz Ayoo, Matengo Opande, Stanslaus Ochieng, Otieno Ougo, Benjamin Oloo and Johannes Midha, the great choreographer. He taught Oscar choreography

The genesis of the Kisumu Cheltenham link started in 1983, when the late Dennis Mitchel, the Coordinator of the Rendezvous Society (Cheltenham) came to Kisumu to explore possibilities to establish Kisumu/Cheltenham Youth Cultural Education Exchange Programme. This project was initiated by Dennis Mitchel and Obat Masira in 1983. The project started as a pen pal club. This project enabled various youth and residents from Kisumu to travel, study and live in Cheltenham England. The project was initiated at the Kisumu Social Centre during the 14 days stay of the Late Dennis Mitchel. Mitchel wrote a book titled “14 Days in Kisumu”

In 1985, The Rendezvous Society invited the Ramogi Writers & Drama Society to Cheltenham. The organization had also established links with Birmingham and therefore invited to perform a play titled “ Shanti” based on Apartheid in Birmingham England in 1984.

In 1986 the organization had also initiated cultural education exchange program with a Bristol Theatre Company known as Arts Opportunity Theatre (A.O.T) to perform at the World Art Festival in Bristol (W.O.M.A.D  Festival) in a play titled “ Muntu” by Joe De Graft joint production by The Arts Opportunity Theatre and The Ramogi Writers and Drama Society. The play toured Britain and was later performed at the Cheltenham Playhouse, being the first African production to be staged at the Cheltenham Playhouse which was directed by Akech Obat Masira who also played the role of “Muntu” in the production.

This created opportunities for Kisumu Youth and residents to travel to Cheltenham. Then in the eighties and nineties there were annual Youth Exchange Program (Kisumu/Cheltenham). “In 1986, there were only three Africans living in Cheltenham (Obat Masira, Mrs. Keddi Molle (Botswana) and Cheddi from Nigeria. Now Cheltenham is the “Kisumu Ndogo of England.”

The Oscar’s funeral committee based in Cheltenham and London is being coordinated by Sam Omoga who was a member of the Ramogi Writers & Drama Society now based in London. (He is also a poet and a storyteller). He was Oscar’s friend and started acting for the same organization in 1982.

“Oscar contributed a lot in the social lives of Kenyans. His house in Cheltenham, England was the social centre where artistic and cultural expressions used to take place. It was also a place where Kenyans living in England would converge to eat Ugali and other Kenyan delicacies.” stated Sam Omoga, a Kenyan living in London who has been associated with Oscar as from 1982 to date.

The body is expected to be flown to Kisumu around 30th January 2013 depending on the fundraising in London and will be later buried at his father’s rural home in Homa Bay County, Ogande Village. He was a son to a former banker Mr. Silas Awino and Mama Mary Awino. The first night vigil will be at their town home in Manyatta, in Kisumu City. “I had directed Oscar for many years in Kenya. Oscar it has been a long journey and what a dramatic journey? A journey that started in 1982 at the Kisumu Social Centre. We will miss your artistic prowess as a gifted actor dies in Cheltenham England. What a blow to the theatre fraternity in Kisumu? Go well brother.”  Akech Obat Masira.