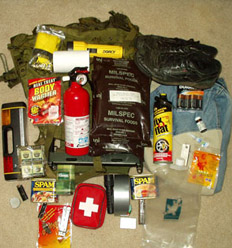 No one is interested in your success in Kenya-Stockholm

There is a sizable number of paperless Kenya-Stockholmers who arrived in Stockholm in the recent past to seek for greener pastures. Unfortunately, these Kenyans are totally ignorant about some of the basic rules of life in the underground. What is shocking is that despite their vulnerability, they are disunited, detached and even “sell one another” by providing police with information about addresses. There is every nationality whose members are in the underground but the case of Kenyans requires an intervention because of the huge ignorance about how to go about stuff. KSB has decided to help by compiling a basic manual that could help them survive in the process of looking for them Mapepez.

1. If you are in the underground aka chini ya maji, operate incognito by assuming an alias. Don’t let strangers know who you are because the Swedes pay Ksh 70.000 to anybody who provides information leading to a successful arrest and deportation of anybody paperless. Try to find a good camouflage in terms of your mission in Sweden.

2. Be suspicious of people trying to dig into who you are, when you came to Sweden, what you are doing here and other personal details. For example, if someone knows that you are related to Mr. X and that you just arrived, the intelligence you give away is that you are on a tourist visa which will expire in three months. If you are around after three months, then you are already chini ya maji and you can be sold for Ksh 70k. If your host is known, selling you is only an address away.

3. There is a strong motivation for Swedish police to deport Kenyans because with such deportations, they get a two week paid holiday to watch wild animals in the Kenyan jungle. The police are lining up to get fresh deportees so you are always on the wanted list.

4. Try to limit your circle of friends. Don’t arrive in Stockholm and begin to paint the town red because if you do so, you will become the talk of town and this will not be healthy for your status. In short, avoid being kimbelembele wa mtaa.

5. Do not move around without a valid travel ticket. Possibly, buy a monthly card so that you eliminate the risk of being nabbed in the train by ticket attendants who are always quick to call police at the slightest suspicion. The ticket attendants cannot arrest you but they have the power to restrain you before police arrives.

6. For heaven’s sake, avoid pubs especially if you do not look old enough. By the way, you might be 25 but security guards may have no sense of age (if you are African) and might think that you are underage. Although you may think that you are “above age”, you might as well pass for under 18 and you will be asked for your ID. If you cannot produce one, police might be called and it will be the end of your search for greener pastures. Underage white Swedes are normally denied entry but for niggers, you might be detained for further investigations so mark my word. In the same token, avoid buying alcoholic drinks at the System Bolaget. You could be looking too young for that kind of business and if you cannot produce an ID, Security personnel may call police to check you out and if this happens, you will be done. Don’t even accompany a friend to the store because staff might think that the friend is buying you beer and this is illegal in Sweden.

7. When you are in an environment where there is violence, quietly, sneak out and head home. If you wait for police to arrive, you might be asked for your ID, just like everybody else. If you have non, be sure that you will be taken to the station for further investigations and that will be the end of the game.

8. Dress smartly and (if possible) expensively. This will make you look like a working class immigrant, not some chokora lazing around in town trying to shop lift. If possible, don a bling to confuse people that you are some stylish Amerianized youth in town. Swedes like America and if you are a male, you might even land a chick to confuse simply because you look American!

9. In Stockholm, avoid meeting people at the Central station (especially at Sergels Torg). This is a point well known for drug business and it is always under surveillance. You can be mistaken for another peddler waiting for a customer and asked for your ID. You might also resemble another peddler (look-alike) and get stopped. It could be the end of the game.

10. If you get a job using whatever trick, join the Syndicalist Union which fights for the rights of undocumented workers in Sweden. They will guarantee your privacy and will protect you in case you cannot be paid by your employer who may just be exploiting you. The Syndicalists are known for fighting for paperless workers to be allowed to stay and so it is a good place to stay.

11. Understand that Kenya-Stockholmers (just like all communities) are a gossiping lot so avoid drama. Some Kenyans who just arrived recently have a high profile on the gossiping networks and this is risky because it exposes your ID for anybody to sell you. If you are a woman, be patient with Kenyan men because your goods might end up being consumed with the promise of Mapepe until your holy shrine of a hole begins to shrink. Utahanywa mpaka you will begin to think that Kenya-Stockholm men are the roots of all evil.

12. The best way to make enemies in Kenya-Stockholm is to criticize those who have cleared many calendars in Sweden. Here, we have Kenyans who have been very successful but we also have our share of failures. In every market, there is a mad man or woman. Stop talking about what they could have done in the last 20 or so years because they will always dismiss you as you make enemies. “This one needs to make Mapepe before he/she can talk” kind of observations are likely to meet your criticisms so relax. Without papers in Kenya-Stockholm, you are voiceless so live with it!

13. If you must seek asylum in Sweden, understand that Kenyan asylum seekers are not being allowed to stay (unless you are Raila Odinga) and that by seeking asylum, you are just buying time. If you must seek asylum, don’t say you are gay because your ass will be examined by a doctor and if it is not wide enough, you will be in trouble. Don’t claim that you are Mungiki either because you will be told that many Mungikis are living in Kenya without problems. Some girls claim that they have fled from circumcision. This is crap. Worse still, don’t say that you are facing persecution because we have a Coalition government and a new Constitution. Remember Raila said that a loaf of bread is better than nothing so you will be told to go and eat that half loaf with the son of Odinga the great.

14. For heaven’s sake, just forget about the Kenyan embassy in Stockholm. The Ambassador doesn’t care about you because she is busy with the Swedes. She doesn’t even care about Kenyans with papers so you are not on the list of her immediate priorities. For her, you are like a cockroach so get to know your place in the eyes of Ambassador Purity Muhindi.

15. Avoid Kenyan Parties because this is where you will arouse curiosity. You are gaining nothing by meeting Kenyans because they will never help you with your Mapepe problems unless you are related by blood.  Remember that no one is interested in your success here because it is a man eat man society. Kenyans are more interested in reading KSB to learn that you are facing deportation after being nabbed in the train station. They will then wonder “how stupid you are” to have been commuting without a valid ticket when you are paperless. In fact, they will even blame your host for failing to advice you properly. Sadly, this is how we live after being dehumanized by the system. No sympathy for silly mistakes!

16. Lay a strategy for your Mapepe hunting.  You may have been told to try and get married. Don’t go looking for a Kenyan to marry because doing so is like looking for water by knocking a stone. In the worst case scenario, look for a church to join then begin building a  network of Swedish friends. Many Swedes may be ready to help you out but they will never come for you. You have to go for them where they are. As a nigger, they will be proud to show you off because you will be the living example that they are fighting against racism in Sweden. You could be invited for dinners and other events where you might make more and better contacts and land something for your mapepe project.

17. Never involve yourself in a fight. Try to be humble. If you knock someone’s tooth (you might have been a boxer in Kenya), the Swedes will be very interested in catching you so that you can pay dearly. If they catch you, you will be a very good candidate for deportation because you have started committing crimes even before you have your Mapepe.

18. By the way, learn some Swedish. In some critical situations involving the police, you might escape by being able to speak some Swedish. Get to know a friend’s personal number and address which you can spit in cases of emergencies. It might save you. If you have no valid ID on you but you can utter some personal number and connect it to some basic facts about the person you are impersonating, you might sail through especially if you have not committed any crime.

19. If you are a man and you ever land a Swedish woman, forget about your Kenyan style of being the boss because if you apply that principle, the relationship will be over in a matter of days. Play the equality card but make sure you hanya the project properly until she is unable to do without your talala. You will know it because she will tell you. If you are a woman, make the man feel like a King, try to understand what he is missing and give it to him. You can interview him about his past relationships and get to know his kind of needs then deliver. You will soon have your mapepe because the guy will be ready to follow you to Kenya to fix them papers.

20. Lastly, respect your host. You might disagree on many issues but he/she brought you here. Get your papers then raise the issues. Remember that you are never independent in Sweden without them Mapepez even if you have a job. Your host can mess you up in a moment of rage. If you don’t care about being deported, violate the rules. If you need further help, ask da consultantsa at KSB. Have a nice Mapepe hunting and good luck!