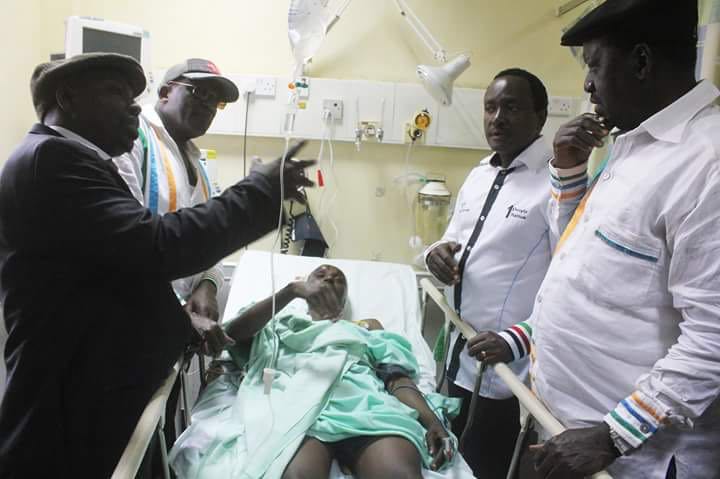 A Cord supporter fighting for his life in hospital following police brutality was visited by Cord leaders, Raila Odinga and Kalonzo Musyoka. The supporter is among an unknown number of supporters brutalized by police outside Anniversary Towers where Cord has been staging weekly protests to demand the disbandment of IEBC Commission and the sending of the Commissioners home on grounds that IEBC has been compromised and cannot therefore deliver a credible election.

One supporter, who was allegedly shot on the head by police during the protest, has also been admitted to hospital for treatment. Report reaching KSB say that during the protest, the car belonging to Raila Odinga was shot at, leaving a bullet mark on the windscreen. Although Raila escaped unhurt, the incident is being treated by Cord as an assassination attempt. Watch the protestor being beaten to a pulp by police.