Statement on the Launching of “Kenya Freedom Writers” Initiative

Serializing the history of political struggles in Kenya

Since Kenya’s independence from the British in 1963, Kenyans have painstakingly continued the search for what independence or freedom entails. The question is whether post-colonial governments, political players, commentators and analysts of different persuasions,  have addressed the main questions that gave the impetus for independence struggles, namely: self-determination, self-governing nation-state, human rights and freedom, abject poverty, mass illiteracy, diseases, national security, landlessness, and equity in national resource distribution (economic justice).

These issues touch the very foundations of a modern nation-state and, in today’s Kenya, are underpinned by the prevailing political system and leadership. Due to Kenya’s socio-economic and political problems that are deeply rooted in the birth of the nation, a history of struggle that entails sacrifices, resilience and perseverance by patriotic individuals at different stages, litters the trajectory of nation-state building process.

Current democratic space and the constitutional dispensation, are the result of selflessness shown by many women and men, in the first and second liberation struggles respectively. In the context of a pervasive culture of impunity, corruption and acts of political expedience to maintain the status quo, this legacy is being drowned by a growing political amnesia, a resurgence of politics of the belly, and outright sycophancy. These drawbacks, that have dampened the national democratic struggle, are fed by politicized ethnicity and emboldened by the fallacious theory of “tyranny of numbers”, mediocrity represented as youthful leadership, and blatant theft of state resources, deceptively presented as entrepreneurship.

The gullibility of the populace, especially the younger generation without a clear memory of the post-1980s history of authoritarianism in Kenya, and the intensified pacification of the minds of the older generation that could recall the autocratic and dictatorial Kenyatta regime, pose a great danger to the democratic gains made through the historical sacrifices.

The situation is exacerbated by a pliant media propped by compromised journalists, a confused Opposition populated by opportunists, a dysfunctional education system (from kindergarten to university), and unfettered access by miseducated youths to Social Media which, for many young people, has unfortunately evolved into an official platform for uncontrolled proliferation of mediocrity in almost all spheres of life. What is more?

The consequence is that decades-old fundamental gains in the national democratic revolution are consistently being eroded by election thieves in power without organized resistance by the exploited workers and peasants or rebellion by the youth whose futures are being ruined. The core problem is that workers have been depoliticized by a castrated Trade Union leadership, peasants have been ravaged by poverty, while millions of youths have either been lumpenized by a dead-end education system or turned into zombies, through social frustrations and alcoholism.

Put succinctly, the ongoing mutilation of the Constitution, which is increasingly taking Kenya back to practices of single-party dictatorship, could have drawn huge crowds of protesters in the streets were it not for the decline in political consciousness, brainwashing through ethnic-based politics, and lack of direction from the Opposition. Secondly, the mushrooming dictatorship in the multi-party era, buoyed by a fallacious politics of “tyranny of numbers”, political corruption and wanton impunity by an arrogant and thieving ruling class answerable to nobody, could have served as a catalyst for civil disobedience or mass insurrection, were it not for the lethargy of the population, lack of revolutionary politics following the end of “reform politics”, and a faltering Opposition which is permanently bankrupt ideologically.

At each election time, the disturbing issues of democratization mentioned above  re-emerge in the conscience of the citizenry as presented by politicians and the media, without serious interrogation as to why the country has stagnated in the socio-political front. As democratic gains of the past are rolled backwards, there seem to be no prospects of action to halt the process due to lack of new ideas on the way forward.  Apparently, a lot of contemporary and historical politics about Kenya published in the media is full of false narratives, disjointed perspectives, and ethnic stereotyping carefully weaved to sustain the political status quo.

Inculcating a new thinking in the direction of revolution 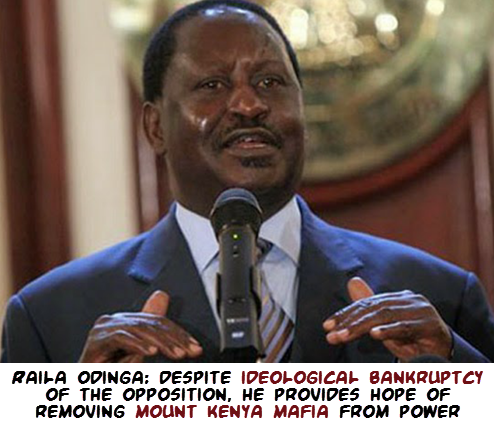 Under the circumstances, and instructed by the patriotic need for correct documentation and analysis of the Kenyan struggle, a pioneering group of Kenyan writers and friends have teamed up in a collaborative effort to address the huge gaps, distortions, and misrepresentation of the Kenyan struggle notoriously peddled by politicians, the mainstream media, and other reactionary outlets.

In collaboration with  the Kenya Stockholm Blog (KSB), the team of Writers has launched a project called the “Kenya Freedom Writers (KFW)” whose principal objective is to provide a forum for Kenyan writers and like-minded accomplices interested in putting forward an alternative view as opposed to the distorted, biased and, sometimes, corrupted compositions that have unabashedly tended to favour both the gangstaric political mafioso that has usurped power in Kenya, and their corporate degenerates abetting in the looting of the country’s resources with impunity.

The agenda of KFW is to increase the political consciousness of workers and the youth with a view to inculcating a new thinking in the direction of revolution following the “end of the politics of reform” in Kenya. KFW will be an open collaboration, and the founders invite all Writers and Progressives alike, who believe that there is a need for an organized literary intervention to stem the streaming tide of mediocrity in the presentation of Kenya’s past, present and future history of liberation.

The target audience of KFW will be workers and the youth, whose high consumption of pro-capitalist-pro-mafia propaganda spewed by the right wing media in Kenya has resulted in the mass poisoning of millions of young minds with retrogressive, and twisted ethnic politics concocted to promote inter-ethnic hatred, if not, civil war. This unacceptable trend has re-enforced the false perception that there is no alternative to ethnic-based politics in Kenya, while it has also promoted the warped view that the solution to Kenya’s political, economic and social crisis permanently rests with the corrupt, wealth-grabbing, ethnic-aligned ruling mafia thieves; a view that must be vanquished. It is against this background that the KFW has been established.