ICC: Assembly of States Parties Establishes One Law for the Poor, Another for the Rich and Powerful 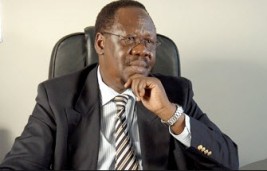 Prior to the Assembly of States Parties, the African Union (AU) and Kenya consistently advocated for immunity from prosecution for sitting Heads of State. Demand for immunity from criminal prosecution is contrary to legal principles applied in most jurisdictions. A common practice is for an accused charged with murder or other serious crimes to step aside from holding a public or political office until the trial is concluded.

In seeking to shield accused persons from criminal prosecutions, the joint AU/ Kenya request to the UN Security Council sought to defer the cases against the President of Kenya and his Deputy for a period of twelve months. To grant the request would effectively stop the prosecution of the two accused while the trial of a third, journalist Sang, charged with similar offence (crimes against humanity), would probably continue. By selectively seeking a deferral of cases of some, but not all accused persons, arising from the same set of events, offends the cardinal principle of equality of all accused before court.

The joint AU/Kenya application was based on the official capacity of the president and his deputy. Additional reason advanced in support of the request was that an earlier tragic terror attack at the Westgate Mall in Nairobi was a threat to international peace and security and therefore falls within Chapter VII of the UN Charter.  The Security Council was urged to use the Chapter VII powers to suspend trial of the President and his Deputy until such times that threats to international peace and security occasioned by the Westgate Mall attack is dealt with.

The Security Council rejected the request and held that continued criminal prosecution of the two Kenyan leaders would not constitute a threat to international peace and security. The Security Council also pointed out that there was no nexus between the tragic terror attack at the Westgate Mall in Nairobi and the broader threat to international peace and security.

Second, having failed to secure a deferral at the Security Council, the AU/Kenya representatives moved to another forum, this time at the Assembly of State Parties. The AU/Kenya delegations sought to amend the ICC Statute by incorporating an immunity clause which would bar criminal prosecution of sitting Heads of State and those who act in that capacity. The AU and Kenya also sought to introduce an amendment that would recognise official capacity of a Head of State as a bar to physical presence in court to attend trial.  This, the AU/Kenya delegates argued, is to protect the dignity of a Head of State from appearing in a foreign court as well as to protect the sovereignty of the Republic.

These proposals were premised on Article 27 (1) of the ICC Statute which says that the law shall apply equally to all persons without any distinction based on their official capacity. Article 27(2) of the same Statute further states that claim of immunity based on official capacity of accused shall not bar the Court from exercising its jurisdiction over such a person.

The AU/ Kenya delegates were, however, in luck when Britain and France, the two State Parties to the Rome Treaty who had abstained at the Security Council during the deferral request, proposed the adoption of a new rule which would allow accused persons to attend their trials via video technology. Britain and France were supported by a number of ICC members. Reading the speeches and background papers presented at the assembly, one finds that no new grounds were persuasively advanced to support the adoption of the new rule.

Yet, the motion was passed without a vote but by consensus. The new rule says an accused can request “to be allowed to be present through the use of video technology during part or parts of his or her trial.” Two caveats were attached to the new rule. First, the rule requires the court, on the request of the accused in writing, to rule on a “case-by-case basis”. Second, the rule gives the court a leeway to excuse an accused from part of a hearing if the defendant is “mandated to fulfil extraordinary public duties” The rule however, does not provide any criteria for determining what facts if any, may satisfy the requirement of the term “mandated to fulfil extraordinary public duties.”

Negation of the principle of equality
As a matter of law, the Rules of Procedure and Evidence do not override any provision of the Statute. Therefore, the law that requires an accused to attend his trial still takes precedence over the new rule although the court may authorise hearing of cases by video link. Significantly, the new rule does not provide immunity for sitting Heads of State.

Regardless of any good intention, if at all, the adoption of this rule is a step backward in the context of the development of international criminal justice. I concur with the statement issued by Amnesty International soon after the motion was adopted: “It is the first time a distinction for persons with official capacity has been recognised in international trials for crimes under international law, striking at the notion of equality before the law.”

A further unfortunate matter is that this new rule was adopted one day after the ICC Trial Chamber ruled that Kenyatta must attend all his trial – already suspended three times – when it opens on 5 February 2014. What the new rule does is to effectively overturn the decision of the Kenyatta Trial Chamber. If followed at national levels, parliaments of nation’s states may begin to pass laws to reverse or revise court decisions that they do not agree with.

While in the short term the immediate beneficiary of the new law are likely to be President Kenyatta and his deputy Ruto, those who stand to benefit most are other state officials and politicians currently at large. The test will ultimately depend on whether the Court defines narrowly or expansively the status of an accused and whether he is “mandated to fulfil extraordinary public duty”. How far down the chain of state officials the Court will go to determine the status of a persons exercising ‘extraordinary public duty’ is anybody’s guess? Do the functions of cabinet ministers/secretaries, members of parliament, Senate, ambassadors, senior military, police and intelligence officers fall under what may be described as ‘extraordinary public duty?

Depending on the Court’s definition, a precedent will be set for excluding a number of public and state officials from attending their trial to the detriment of victims and survivors. Overall, the passing of this rule is a negation of the principle of equality of all persons before the law. It also creates a two-tier trial process.