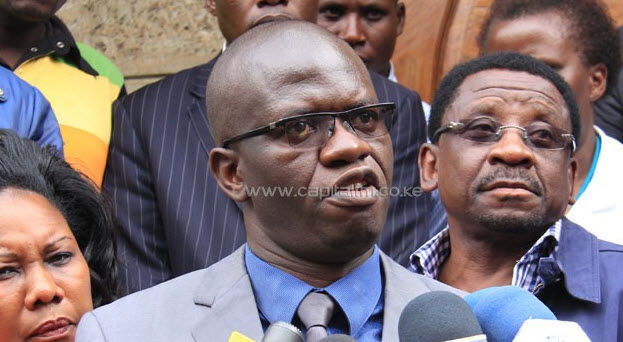 Government Pathologist Johansen Oduor said the post-mortem had shown that he had an enlarged heart.

The tests further show that one of his blood vessels was narrow.

Doctors who examined his body also noticed that there was massive erosion of his stomach as well as external injuries that were visible to the naked eye.

Siaya Senator James Orengo has told reporters that an analysis has also shown that Kajwang, who was involved in an accident over a week ago had some broken ribs, a fracture on the sternum and a dislocation of one rib.