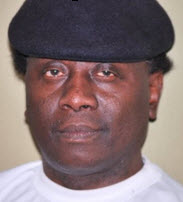 As a Kenyan who was present at the Keegan Funeral Committee meeting on Wednesday, 27th November 2013, I have assessed the KSB Report about the meeting and it is an accurate depiction of what transpired at the meeting. KSB must have constructed the Report out of details availed by the “Information Department” of the Committee. In as much as the Report left out nothing significant, I wish to point out that towards the end of the meeting, an ugly incident involving myself, Gerry Midenyo and a Kenyan woman ensued. Obviously, this incident may not have entered into the official information chain but because of its critical significance in relation to the task at hand, it is the view of both myself and Gerry that the matter be brought to the attention of the Kenya-Stockholm public.

As the meeting was winding up, a Kenyan woman we have never met before surprised us when she confronted us with a lot of tribal bigotry. To be accurate, I can report that it was the worst case of open ethnic tirade I have ever experienced in Kenya-Stockholm.

“You can go to hell” were the parting words from the woman who made Gerry Midenyo and I walk out in bitter protest from the late Keegan’s apartment on the night of the so-called brainstorming meeting.

We arrived at the meeting promptly at 6pm and after registering our condolences, we waited for the rest who began arriving towards 7pm. Among them was a lady who was not known to most of us. After introductions, we began brainstorming on various aspects, especially on the composition of the proposed Keegan Funeral Committee. The lady in question did not understand the concept of “Club 1000” which was being explored as an option, in case Keegan’s body will be transported to Kenya. After numerous explanations, including the need for one to have a network of friends, she complained that having been around for only seven years, she did not know many Kenyans. She was eventually informed that Kenyans have always transported bodies home, despite delays occasioned by financial bottlenecks. Over and above this, Osewe has analyzed “selective fundraisings” that have led to the failure of the Club 1000 concept, with reference to two fundraisings this year to transport the bodies of two Kenyans home for burial.

Kidero-Shebesh Luo Attitude at a Kikuyu meeting
Having chaired three funeral committees since last year, I attempted to share my experience on controversies concerning burials, either in Sweden or back home in Kenya. These were summarily dismissed with shouts of: “cultures are different” and “those examples are not applicable here”. As I continued to pursue a comparative presentation of funeral situations to bring members up to speed using my experiences, the language of communication at the meeting also began to oscillate between Kikuyu and Swahili. As time elapsed, myself and Gerry watched helplessly as Kikuyu language became even more established as the official language of the meeting thereby effectively reducing us to spectators. To be exact, the ensuing mood was that of “you versus us” and from then onwards, whenever Gerry and I attempted to open our mouths, we were summarily dismissed into absolute silence. Our ideas that were supposed to be part of brainstorming as advertised at KSB were systematically cast into the dust-bin.

As the meeting continued in Kikuyu, the woman stranger continued to fire tactical missiles in my direction, apparently to ensure that my contribution at the meeting was reduced to zero. I told the woman (who said she has been here for seven years) to go easy because all had a chance to talk. Instead, she shocked me when she blurted that I should “go to hell” and desist from bringing a “Kidero-Shebesh Luo attitude” at a Kikuyu meeting.

Overdose of Kikuyu ethnic chauvinism
That was it! I had put up with enough crap. Interestingly, the Chairman continued with the meeting in Kikuyu and pretended to be totally oblivious to the behind-the-scenes-altercations between myself and the strange woman as Gerry scratched his head in utter disbelief. We were amazed because a Kikuyu woman we have never met before appeared to have been charged to full capacity and ready to do battle using foul language.

I stood up in protest and told the chairman that he had exhibited total bias and utter weakness by allowing the woman stranger to launch a virulent tribal attack on me without any provocation. Eventually, we left the meeting in protest and apart from persistent interventions by Sofia Njoroge who disagreed with the woman and opposed her atavistic ethnic approaches, the rest of the attendees (who were all Kikuyus) appeared not to have been interested in our presence at the meeting. In fact, we got the impression that they were happy that the woman stranger was giving us a real overdose of traditional and home-grown Kikuyu ethnic chauvinism as Sofia desperately tried to bring some sanity back in the room. The situation became so chaotic that myself and Gerry decided that it was better for us to head for the doorway asap before tempers flared out of control with the consequence of an even uglier scene developing. Why do I want this incident to be publicized?

Keegan must have turned in the morgue
Anybody who knows Keegan will testify that he was not a tribalist. My guess is that he may have been turning in the morgue as the woman stranger embarked on a chauvinistic ethnic onslaught at his inaugural funeral meeting. From my point of view, funeral fundraising sessions are occasions when unity among Kenyans ought to dominate. It is a moment when Kenyans ought to be showing solidarity especially with the bereaved family and planning to help with funeral arrangements. This is not the moment for narrow ethnic displays where phrases like “go to hell” are uttered.

If a brainstorming session for a funeral of a well-known Kenyan like Keegan can be used to promote tribalism and ethnic chauvinism without intervention by the Chair, then the message being sent (in this case) is that the tribal divide occasioned by ethnic political divisions in Kenya have been imported to Kenya-Stockholm. This is a position that must be rejected by all progressive Kenyans because as a Nation, and regardless of what the Kikuyu ruling class is doing in Kenya, we are one people. The ordinary Kikuyus continue to suffer at the hands of their brethren in control of government, just like millions of other Kenyans.

Challenging the Chairman
Ironically, the Kikuyu lady who poured vitriol on me was earlier in the evening asking why Kenyans in Stockholm were not united. How one relates to the so-called Kenya-Stockholm community is very much about a person’s character. There are Kenyans who are not interested in solidarity and that is their democratic right.

As we await the formation of the late Keegan’s funeral committee, let us put aside unnecessary tribal divisions and respect each other. I know that last night’s incident will make us re-think how we should behave socially, regardless of the real/imagined political and tribal differences in Kenya, which cloud the judgment of others here.

Despite the bad and callous treatment at the hands of what I believe, is a semi-illiterate ethnic chauvinist left to her own primitive devices, I will continue to play my role to further the agenda of the Keegan family in relation to his funeral. This will be the perfect way to honour Keegan who knew no tribal boundaries and who was a close friend of mine.

Needless to say, I regard the incident as an insult to what Keegan stood for in life while I also challenge the Interim Chairman to take a public position in relation to the ugly incident that happened in his presence. While speaking in Kikuyu at a Kikuyu-dominated meeting can be acceptable under normal circumstances, doing so with the sole purpose of isolating non Kikuyu members or to keep their contributions out of the decision making process is retrogressive, degenerate, ethnic and, most importantly, depraved.

On the whole, the Chairman’s reluctance to intervene (even mildly) in the face of an open and ethnically oriented attack can only be construed to mean that the woman stranger may have been acting in cahoots with forces within the inner core of the meeting’s organizers.  As for the woman stranger, I sympathize with her because she has a long way to go in Kenya-Stockholm. As a parting shot, I congratulate Sofia Njoroge for her principled and unwavering stand during the whole drama. Kenya-Stockholm needs many Sofia Njoroges if the community wants to make progress in inter-ethnic relations.