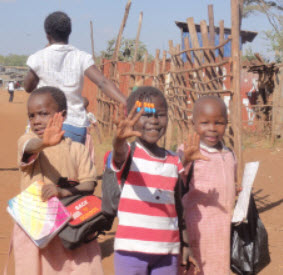 Uhuru Kenyatta has to take ownership of the laptop project. He may have copied the idea from some politicians in India who promised voters freebies like laptops, cows, TVs, electric fans and so forth, during elections in 2012. Nevertheless, on July 12, 2013 Uhuru reaffirmed his commitment to the project when he addressed members of the Editors guild and stressed that the government had detailed plans to integrate ICT in schools. He said: “The government is not only going to equip pupils with gadgets, the project is aimed at transforming children lives in facing challenges associated with technology in the society.” Since there is a national framework for integrating  ICT in education, Uhuru should have promised to fast-track it instead of providing laptops to Class One children. The digital content will definitely be in the English language, yet most children in rural areas don’t speak or write English at this stage. Apparently, the project is “growing horns and tentacles” causing confusion, because the initial promise was for solar-powered laptops. Now Uhuru is talking about supplying electricity to some schools and building computer labs. He had initially mentioned that the laptops would be carried home by children and maintained by their parents, yet he now wants safe storage built in schools. If adults are so scared to carry laptops in some parts of Nairobi for fear of being robbed, what about physically defenseless children? Recently, Education Secretary Professor Kaimenyi said the government might opt for tablets because laptops shall be obsolete in five years. Uhuru should assign the project to experts who know the most appropriate gadgets for Kenyan children.

Uhuru should adapt an altruistic and philanthropic approach in leading, Kenya because he is a true example of one who was literally brought up using taxpayers’ money. His father, first President Jomo Kenyatta, enjoyed trappings of the State and acquired enormous wealth illegally. Therefore, Uhuru has a moral obligation to right some of the wrongs still being experienced many generations later, due to his father’s faulty leadership. He should not fall into the Mt. Kenya homeboys’ trap that ensnared retired president Kibaki for 10 years, thereby losing the initial trust that many Kenyans had in him when they vanquished Moi politically, in 2002. Kibaki has left the country highly indebted and among the most corrupt globally. Uhuru served under Kibaki as a Cabinet minister and shaped some policies that were both useless and beneficial. For instance, as then-Finance minister, he authorized a forensic audit of the Kenya Education Sector Support Program (KESSP) in 2010, due to theft of money for the Free Primary Education (FPE) program by some top Government officials and school headteachers, from 2005-2009. There was a loss of Ksh4.2 billion ($51 million) yet Uhuru mentioned that it was a mere 1% of what had been spent in the program. However, critics mentioned that it could have done a lot to improve the learning conditions for many children. For instance, textbooks worth Ksh1.7 billion were stolen during the first six years of FPE.

The results of an investigation by the Criminal Investigations Department (CID) in October 2011 on the FPE looting scandal, recommended that only administrative action should be taken against a few officers in the ministry. It meant transfers, surcharges and demotions. Procedurally, the Treasury should have handed their forensic audit report first to the then Kenya Anti-Corruption Commission (now Ethics and Anti-Corruption Commission) for action. But Uhuru side-stepped the Commission and handed it over to the CID. If the Director of Public Prosecutions upheld the CID recommendations, then more than 100 top officials at the Education ministry escaped court trials. At least one senior official was jailed in 2012 and other small fish suspended or transferred, but nobody took political responsibility for the scandal. The then Education minister Professor Ongeri was instead made Foreign Affairs minister by Kibaki and later became Uhuru’s political point man in Gusiiland, during the presidential campaigns earlier this year.

Unbeknown to many Kenyans, the Government silently refunded a total of Ksh7 billion to donors who had demanded back their donations because of the theft. Some key sponsors of the FPE program were: the UK’s Department for International Development (DfiD), World Bank, Sweden, Japan, Canadian International Development Agency (Cida), the United Nations Children’s Fund (Unicef) and the Fast Track Initiative (FTI). Since 2009, all donors stopped sending FPE money directly to Government but are now willing to continue funding educational programs if corruption is controlled. It is therefore important that Uhuru declares zero-tolerance on corruption, unlike Kibaki who made ending it a key political pledge during his 2002 campaigns, but did not fulfill it. Around Ksh300 billion is lost annually in Kenya due to corruption.

Does Uhuru really need his basic salary of Ksh1.2 million per month? He is extremely wealthy and should instead be like President José Mujica of Uruguay, (“the world’s ‘poorest’ president”) who donates 90% of his $12 000 monthly salary to charities and small entrepreneurs in his country. Uhuru and his deputy Ruto, were among 209 Mpigs from the last Parliament who had not paid their tax arrears, according to a suit lodged in court by a civil society group in January 2013. How then, will they enforce taxation yet they have no respect for rules set by the Kenya Revenue Authority?

In conclusion, Uhuru should act upon the Truth, Justice and Reconciliation Commission (TJRC) report released in May this year. It was very disturbing for Kenyans to learn that a high ranking official at the Office of the President forced the TJRC commissioners to ‘water down’ paragraphs 203, 227, 231, 257 and 261 of the chapter on historical land injustices that adversely mentioned the Kenyatta family. For instance, paragraph 203 which originally stated that the late President Jomo Kenyatta dished out a “large tract of government land” as a wedding gift to his eldest son Muigai, was expunged. Uhuru should not be like Kibaki who commissioned the UK’s Kroll Associates to investigate acts of corruption by past high ranking officials and politicians, yet when their Kroll Report was submitted to him in 2004, he shelved it after realizing that the culprits were mostly people he had worked with, or were then working under him as president.